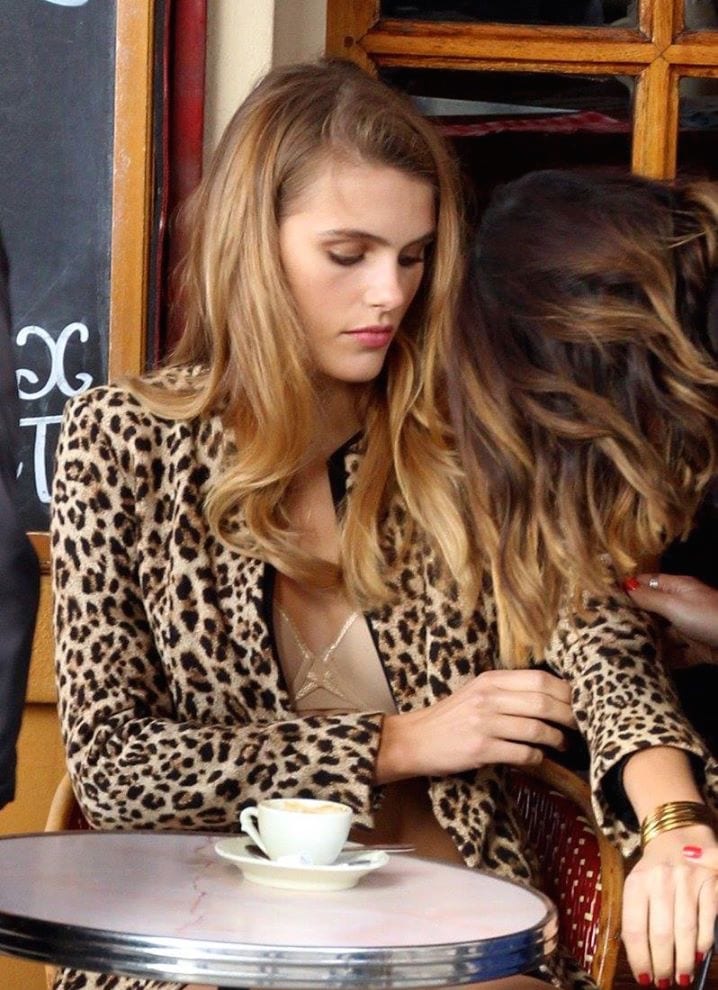 How To Be More French Looking Now That I Almost Have My French Residency Card!

Found some good advice online from a great blog site: 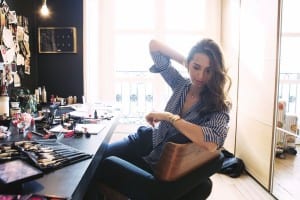 As the fashion flock settles down in Paris for the last leg of the spring 2015 collections, that age-old question resurfaces once more: What is it about French women? The country’s unofficial motto—to bear the torch for a kind of covetable, casual cool that relies heavily on mussed-up hair and minimal makeup—is on full display this week in front rows and sunny sidewalk cafes alike. “In each country, I think there is an idea of what beauty is,” suggests the Paris-based editorial makeup artist Violette. “But for the French, it’s very particular: What we want is to be ourselves—not a better version of ourselves. We feel like it’s better to be used to something than to try to change it. So we think: What style can I have with this face, and with this hair? That mentality is 100 percent French.”  Still, she admits, there are a few local secrets for how to look perfectly imperfect, without ever trying too hard. Here, Violette offers a glimpse into the French girl’s beauty bible with her eight essential rules for a Paris-approved definition of pretty.

“French women treat their ‘base’ as best as they can—so we try to have amazing skin, and an amazing body, and amazing hair, so we don’t have to do too much else,” says Violette. Her complexion routine happens to be fairly involved, but we’d expect nothing less from a disciple of the school of Joëlle Ciocco, the legendary Parisian facialist whom Violette calls “a skin god.” After massaging away all of the day’s impurities with La Roche-Posay’s cleansing milk—always with her fingertips to increase circulation—Violette rinses with water and follows with the brand’s calming cream. “Then, in order to make my skin drink, because it needs nurturing, I use these little glass capsules that you break open. One is called ‘granions de manganèse,’ and the other is ‘granions de sélénium.’ I get them from the pharmacy,” she explains. As a final step, Violette slathers on a gel cream called Oxelio Topique, another French-pharmacy staple. “It helps my skin fight aggression, like stress, pollution, and bad food.”

Rule #2: Practice Everything in Moderation“The way to have good skin is not actually about what you put on your skin,” Violette admits, in spite of her multistep facial routine. “It’s about what you eat. French women try to eat organic as much as possible—and as little sugar as possible. We’re more concerned about sugar, not so much low-fat.”

Rule #3: Only Go to the Gym If You Feel Like It“A French woman is like a wild horse—she is very rebellious, and she’d rather kill herself than go to the gym!” Violette says with a laugh, before admitting that the workout trend is starting to pick up steam in the City of Light, even though it was nearly nonexistent a decade ago. “We need to take pleasure in everything we do,” she continues, explaining that even newly popular classes, like the barre method, should be fun—the philosophy being: “Never get stuck in a hardcore, rigid habit.”

Rule #4: Forget About Blowouts“French women want amazing texture with their hair,” confirms Violette, referencing that coveted lived-in look commonly seen on the likes of Caroline de Maigret, Constance Jablonski, and Aymeline Valade. “We like to shampoo our hair, air dry, then wait a day. When you wash your hair the first day, you don’t know what to do with it. The second day, it looks much better,” she says. (If and when Violette does get a blowout, she is careful to plan her appointment for the day before she actually needs to look good.)

Rule #5: Commit to Regular Cuts“French women like their hair to be very healthy and shiny, so when they wear it messy, it doesn’t look dry and damaged,” according to Violette. “We’re much more about looking for a good haircut than a good styling product,” she continues, pointing out that most French women like short or shoulder-dusting crops—which, admittedly, puts her own chest-length hair at odds with her countrywomen. “I actually get my hair cut at Eva Scrivo in New York,” she admits. “I find that American hairstylists understand the long-hair culture more than the French!”

Rule #6: Say Yes to a Red LipBardot and Deneuve might be best remembered for the black, feline flicks they scrawled onto their upper lash lines, but French women don’t really use eyeliner, says Violette. “I think we’re more about red lips,” she claims, listing MAC’s cult-classic lipstick in Ruby Woo as one of her all-time favorite bullets. “That’s the identity of a Parisian woman.” It’s how you wear a crimson or scarlet shade that makes it fully French, though, she insists. “Red lipstick is a fashion accessory. So we won’t wear any other makeup with it. Then our hair has to be messy, our skin has to be perfect, and we’ll just wear jeans and heels because the lipstick makes the statement.”

Rule #7: Bring Light (Not Shadow) to the Face“We never contour,” Violette says of an inherent dislike of brownish shading powders or creams. “For French women, contouring is very scary, because it changes the sculpture of the face. It’s much more about adding highlights,” she explains. “They catch the light on the cheeks, and on the Cupid’s bow of lips so you don’t really need contouring.”

Rule #8: Make Your Smoky Eye a Little Bit Messy“The other makeup that is really French to me is the smoky eye—but it’s a messy smoky eye with a creamy texture,” contends Violette, who points out that dégradé lids, “sparkly effect” shadows, and perfect lashes are the opposite of chic, as far as French women are concerned. “We’re very lazy! We’ll just use one product, put it all over, and blend it with our finger. Then we’ll [groom] our eyebrows, put on a bit of blush and concealer, and go.” Her personal favorite is Dior’s black eye pencil, which she applies at the roots of her lashes to make them appear darker, before scribbling it across her entire lid, “like a kid would,” and smearing the pigment with a tiny bit of pharmacy-procured calendula lip balm. “Just a little bit so you have dewiness. French women don’t like powder shadows,” she adds firmly. “They’re too complicated.”